Insights
Beijing kicks own goal by booting Hastie and Paterson

These days there is never a dull moment in Australia-China relations. After what seemed to be a slight thaw with the recent meeting between Prime Minister Scott Morrison and Premier Li Keqiang in Thailand on the margins of the recent ASEAN meeting, Beijing has now spectacularly kicked an own goal.

The decision to deny parliamentarians Andrew Hastie and James Paterson visas was poorly judged and will be utterly counterproductive. Whether it was “inevitable”, as John Fitzgerald said in his Crikey piece this week is at least moot.

Over the years, very senior political figures including Kevin Rudd, during his first visit as prime minister in 2008, and US House of Representatives Speaker Nancy Pelosi, during Barack Obamaʼs presidency, visited China and expressed their concerns over human rights. Many other high-profile political figures have done the same and, as Rudd does, continue to visit China unimpeded. 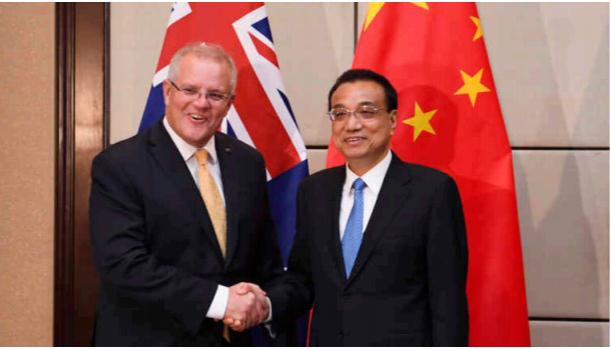 It is particularly odd as both Hastie and Paterson are backbenchers, although Hastie chairs the parliamentary joint committee on intelligence and security. Moreover, the visit was organised by China Matters, an NGO that seeks to promote understanding of the complexities of the Australia- China relationship and aims to be scrupulously objective in this.

Ironically and incorrectly, some of the more trenchant critics of China in Australia, such as Hastie, would regard China Matters as yet another body doing Beijingʼs bidding. It is to Hastie and Patersonʼs credit that they were prepared to visit China at a time of such strain in the bilateral relationship, and as a part of a China Matters delegation.

It is unlikely that had the visit gone ahead it would have changed the parliamentarians' stance, but it may have demonstrated the complexities of contemporary China: a one-party authoritarian state with a modern, technologically advanced, dynamic economy, supported by some of the worldʼs best infrastructure, with a burgeoning, internationally connected and informed middle class.

They would also have seen where Australiaʼs minerals, metals and food end up, and no doubt have met former students educated in Australia among official and business interlocutors, and met many who holiday in Australia. In short, they would have experienced the basis for much of Australiaʼs current prosperity.

The difficulty for politicians who need to distil complexity into simplified messages is that China today defies simplification.

Without compromising their values or stepping back from their abhorrence of the one-party state and its human rights record, they may have left thinking about former prime minister Paul Keatingʼs comments this week that China is the dominant economic power in the region, that it is a legitimate and growing power, and also happens to be utterly vital to Australiaʼs prosperity, interests and future wellbeing.

The difficulty for politicians who need to distil complexity into simplified messages is that China today defies simplification. The tendency in Australian politics and media then is to treat China in Manichean terms – good versus evil, freedom versus repression, customer versus friend.

Alas, Beijing has blown an opportunity to better inform public discussion in Australia about how to manage the greatest existential foreign and security policy challenge since the British abandoned Australia to Japan when Singapore fell during World War II.

In January, this column argued that China needed to find a more mature foreign policy commensurate with its rising power and influence in the world. While recognising that Beijingʼs hypersensitivity to criticism is attributable to the Chinese Communist Partyʼs historic anxieties about its own legitimacy, it is time to move on and deal with criticism confidently. If China is to be accepted as a great power, which its economic might

Some, such as Fitzgerald, would argue that the problem is structural. The argument goes that for as long as China is ruled by the Communist Party, it will continue to behave in this immature, belligerent way when criticised or challenged.

If policy towards China is premised on this view, then indeed nothing will change, and mutual trust becomes impossible to restore. If so, the future relationship will be of increasing hostility. It will also see us marginalised in our own region as Chinaʼs power grows and our neighbours adopt nuanced, pragmatic policies to manage their relations with Beijing.

The view that Chinaʼs bad behaviour on this occasion is just further evidence that the Communist Party government canʼt change its spots is akin to the view that prevailed throughout the first 20 years of Chinaʼs economic reforms – that freely operating markets and private property were incompatible with party rule and would not be allowed to exist. Of course, China has both, and both account for China's economic vitality. This is understood and acknowledged within China.

Over the past 15 years, Chinaʼs foreign policy has been evolving rapidly. It has become more assertive and muscular, creative and dynamic. It is like a curateʼs egg, some parts good and some parts bad.

It has been busy building multilateral institutions, such as the Shanghai Cooperation Organisation and the Asia Infrastructure Investment Bank, while working more actively in existing organisations, such as with its UN peacekeeping contributions. It has also asserted its interests more forcefully, as in the South China Sea. Australian public discussion has focused almost exclusively on this aspect of the rising powerʼs behaviour.

The response by Morrison and Foreign Minister Marise Payne to the childish refusal to permit the parliamentarians travel has been firm and proportionate. Beijing will have achieved nothing by this action other than to harden views in Australia that China needs to be resisted at every turn.

This is a big mistake, especially at a time when the Australian government has been trying to move public discussion in more constructive directions. Beijingʼs actions have done both it and Australia a great disservice. In a world of great powers, however, Australia has again been reminded of the harsh realities we face in this new order.