Distracted by the audacity, indeed recklessness, of the twin announcements of ditching the French conventional powered submarine contract and the creation of an Anglosphere-minus pact of some description, Chinaʼs diplomatic activity has been overlooked recently.
With equal verve, China has announced that it seeks to join the Comprehensive and Progressive Trans-Pacific Partnership (CPTPP) formerly the TPP, or the TPP11, following the the Trump administrationʼs withdrawal. 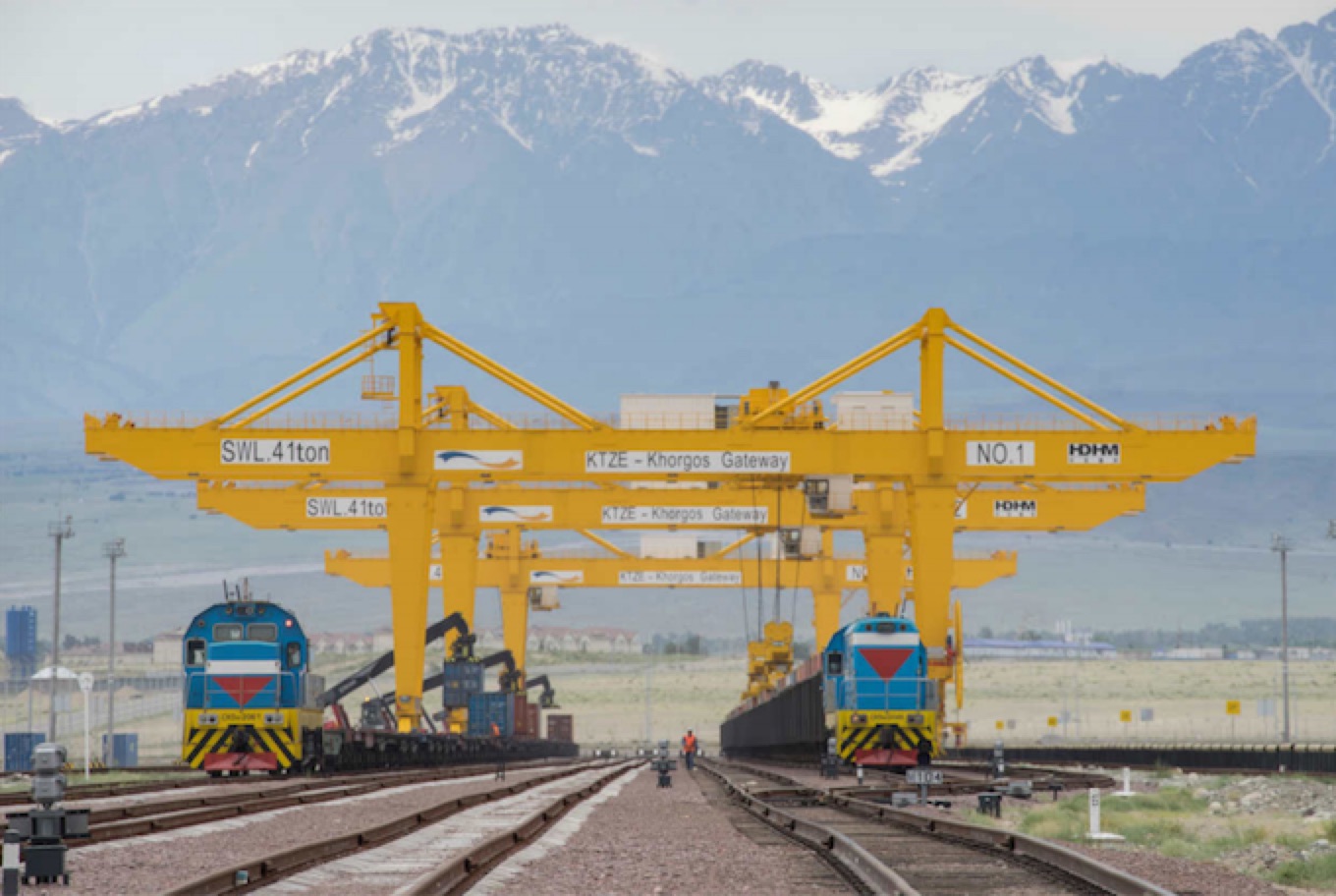 China is more interested in central Asia than it is in the Pacific. Alamy

China has also been busying itself with new security arrangements for Afghanistan and central Asia following the NATO-led forcesʼ precipitous
abandonment to the Taliban. On the margins of the Shanghai Co-operation Organisation meeting in Dushanbe in Tajikistan, it formed a new group comprising Russia, Iran and Pakistan to work together on issues of common interest over Afghanistan and to support Afghanistan reconstruction. This will strengthen further Chinaʼs dominant influence over central Asia.

For its security, China looks more to the steppes of central Asia than it does to the Pacific. As Paul Keating said recently, China is only concerned about what is happening in front of its porch, mainly Taiwan. But its backyard of central Asia is of great importance to strategic thinkers in Beijing. It is here that it has extensive land borders to defend. It was from here that mostinvasions and threats to its security have come.

And Beijing frets continually about its peripheral security. Its heavy handedness in Xinjiang is not motivated by anti-Muslim or ethnic prejudices, but an intense – and most likely irrational fear – of radical Islam inspired separatists on its far western borders. Beijingʼs mosques and the substantial Islamic community that live in and around the Niu Jie (Cow Street) district are seemingly unperturbed.

While only sharing a short and relatively easily controlled 450-kilometre border with Afghanistan at the Wakhan Corridor, the demonstration effect of fundamentalists defeating the West and taking control of Afghanistan will terrify China rulers. It will also provide ex-post rationalisation for the crackdown in parts of Xinjiang over the past four years.
Australiaʼs official relations with China alone in the world remain

No sooner was the ink dry on the AUKUS media release than the US, Canada and China agreed to a prisoner exchange deal involving Huaweiʼs
Meng Wanzhou. So during the time that AUKUS was being discussed behind closed doors, behind another set of closed doors the US, and of
course Canada, were involved in high-level and highly sensitive discussions with leaders in Beijing.
The Canadian two Michaels were swapped for Meng. Contrary to some reports in the Australian media, the exchange was discussed in Chinaʼs

media in the vernacular and English-language editions as a great victory.

The optics of two Western foreigners swapped for one Chinese seemed to have been irresistible for Chinese newspapers. The timing of the exchange was presumably conditioned by the Canadian election. The Chinese side are saying publicly now that they are looking forward to warmer relations with Canada.

Meanwhile, Australians who have been detained on similar-sounding charges are unable even to have the normal representations made by the
highest levels of the Australian government on their behalf. Australiaʼs official relations with China alone in the world remain frozen.

China, like all great powers, is pragmatic about its interests. It would be most unlikely if it found the current situation with Australia satisfactory. It may also have learnt some hard lessons about how counter-productive its “wolf warrior” diplomacy has been. Lately, its warrior diplomats seemed to have sheathed their swords.
Itʼs noticeable that Chinese media, even the bellicose Global Times, have been relatively temperate in their commentary on AUKUS. Comments have either dismissed the arrangement as ineffective, or stressed its divisiveness

in ASEAN, Europe and NATO. Beijingʼs announcement that it wishes to join CPTPP is both a direct challenge to Washingtonʼs Asia-Pacific credentials and a possible avenue for Australia and China to mend their fences.

rejoining the TPP. In effect, the US has withdrawn from international rule making in the area of trade, leaving the field to others, including China. But Chinaʼs application also gives Australia leverage. Australia could support Chinaʼs joining CPTPP on condition that it removes, at the very least, the arbitrary measures against Australian exports. Preferably, it would also remove those that are now subject to World Trade Organisation dispute settlement processes.

Of course, China meeting all other existing commitments would be a big challenge given how its economy operates. And other members will have anequally important say over this. It would be against Australiaʼs interest for Canberra to take up the cudgels and actively work against Chinaʼs potential membership, especially if it did so on behalf of the US.

Many existing CPTPP members would support Chinaʼs membership, and resent Australiaʼs opposition should that be its position. Chinaʼs advocacy, if it is serious, would be effective in most of the capitals of the other members. Australia may again find itself isolated in the region in exactly the sort of forum where it should and can display leadership.
Australiaʼs support for Chinaʼs membership may not itself be enough to restore relations in line with most other regional countries, including Japan, South Korea and Vietnam. The discriminatory measures Australia has been increasingly taking against Chinese inward investment in non-sensitive areas would probably also have to change.
A chance exists at this time to restore bilateral relations with China. But, of course, only if Canberra wants to. It will be a test for the maturity of Australian foreign policy for it to do so.
Archive